Millennial Review > Daily Review > Donald Trump is the Best at Breathing, Believe Him

Donald Trump was diagnosed with COVID-19 Thursday after receiving multiple positive test results. Friday night Trump’s condition worsened and he was moved to Walter Reed Medical Center. It was reported his oxygen levels dropped multiple times, requiring supplemental oxygen. Additionally, Donald Trump received a course of the intravenous antiviral drug Remdisivir, and the steroid Dexamethsone. The later raising concerns of potential side effects and their impacts. Over the weekend there were mixed signals coming from the administration and his doctors, with his doctor giving contrary reports on Saturday and Sunday regarding Trump’s use of oxygen and his condition more generally.

While in the hospital Trump released a few photos and then a rambling video to his supporters, many of whom had gathered outside the hospital to support Trump. The video preceded a car trip around the complex to greet supporters for which Trump received heavy criticism for putting his secret security detail and others at risk. Following that trip was a seemingly uneventful day in which Trump’s health allegedly improved. On Monday Trump was discharged from Walter Reed, returning to the White House where he will continue to receive treatment from the residence. Trump tweeted upon leaving and downplayed the virus which lead to criticism of both his choice to leave so soon and also his publicly downplaying the virus.

The COVID outbreak ripping through the White House has resulted in at least a dozen positive diagnoses and counting. The outbreak reportedly started with Trump’s closest aid Hope Hicks who was diagnosed Wednesday of last week, Trump and Melania received following test results the following day, and though the Trump’s tried to hide those results, it likely wouldn’t have meant much anyway considering almost 10+ administration officials have tested positive since, including Kellyanne Conway, Chris Christie, and Kayleigh McEnany. Senators Mike Lee and Ron Johnson both tested positive, likely exposed from their participation in Amy Coney Barrett’s Rose Garden nomination ceremony.

It remains to be seen just how far the virus will spread through the administration, with people like Attorney General Bill Barr self quarantining and reporting mild symptoms. It also remains to be seen what political impact this will have, but preliminary polling seems to indicate it won’t be good for Trump. Which makes sense because this is simply the chickens coming home to roost and it shows the virus can tear through any community, be it neighborhoods from coast to coast, or the White House.

There is a lot to like coming out of the last week if you’re Joe Biden. Donald Trump’s tax returns blew up the news, the debate was widely heralded as a victory for Joe Biden, if for no other reason than Trump couldn’t help but make himself look awful every 30 seconds. To top it all off the main narrative coming out of the debate was all about Trump refusing to disavow the Proud Boys and his call for them to “stand back and stand by” in the event of a contested election. Again, there was a lot to like for Joe Biden and it has unsurprisingly materialized in a fairly significant polling bump.

The NBC/WSJ post debate poll showed a six point bounce compared to the pre-debate poll and put Biden up 14 points nationally. National polls from YouGov showed a three point bounce and ultimately put Joe Biden ahead eight points nationally. Not all the national polls cut so heavily in Biden’s favor, for example Data for Progress saw a one point drop for Biden post-debate, but still had him up 10 points nationally. Compare that to a poll from IBD/TIPP, which was the worst post-debate poll and bounce for Biden, and it placed him just three points ahead of Biden nationally after a three point drop post-debate. Overall, including polls not listed here, Biden saw an aggregate bounce of roughly 1.4 points, adding to an already fairly significant lead.

In swing states the state polls tell a similar story, there is some variation, but overall Biden’s lead is increasing. In Pennsylvania Biden is up seven points according to both YouGov and NYT/Sienna. The NYT/Sienna polls from Arizona and Florida have Biden’s lead down a point in each but still have him up by eight points and five points respectively in either state. A YouGov poll out of Ohio has tightened by a point leaving Biden and Trump in a dead heat. An Emerson College poll from New Hampshire has Biden doubling his lead, bringing it up to eight points. And finally a Landmark Communications poll of Georgia showed a massive nine point swing toward Biden, leaving him with a two point lead.

The Democratic Socialists of America recently announced a membership drive looking to establish 100K members by 2021. The DSA has established themselves since 2016 as the premier organizing force outside discrete left campaigns within the Democratic Party. The DSA offers members a robust organization with chapters in cities across the country, engaged in campaigns from elections as small as city council offices and as big as senate races, building labor power and engaging in union activism, and attempting to help vulnerable members of their community falling through the cracks with much needed mutual aid networks. That’s just a sampling of what the organization offers and that’s not to mention the connections it fosters and networks it builds.

All of these function and everything else the DSA does has become ever more valuable as 2020 has unfolded. The collapse of the Bernie Sanders campaign has left many reeling, looking for the organization and structure provided by the campaign. The DSA has done a great job at filling that gap wherever possible and channeling activist energy that might otherwise go wasted into worthwhile leftist causes. Politicians like Ilhan Omar and Alexandria Ocasio-Cortez depend on the DSA for their electoral success and they also breath life into the organization, providing it a mainstream platform on the national stage. Similar success can be and has been won in other arenas. The tens of thousands of grassroots activists that make this all possible are at the core of every single DSA success story. So join the DSA and help them reach 100,000 members if you haven’t already.

5. Liberals Forgive Trump and Beg For Their Own Q-Anon

Finally, the Trump COVID diagnosis has melted the brains of liberals, both influential pundits and the blue wave posters firing tweets into the void to their dozen followers. However, this brain melt has taken two distinct forms. First, everybody has fallen over themselves to wish Trump well, take Rachael Maddow for example, who called on us to forgive the president as we might a misguided friend. Similar sentiment was espoused across the liberal mediasphere, which is all well and good, if it weren’t for the fact that Trump is a would be fascist who’s own failed response to the virus has left over 200,000 dead and counting. It’s okay to wish Trump something other than a speedy recovery.

There is also a strange crop of conspiracy theories brewing surrounding the Trump COVID diagnosis. Many of them started as soon as the news was released, with some speculating that it was all a hoax to garner sympathy heading into the election. That seems kind of silly given how significant a blow catching COVID is to his brand and messaging at this point in the failed response. Those theories are obviously closely related to all those spinning around that posit Trump actually does have the virus and is trying to hide it from the public. This is a possibility with a long presidential history and clear political motivation. Videos of Trump struggling to breath upon leaving the hospital tend to show there’s something to this sort of theory. However, anyone who suggests Trump is faking it has simply bought into the Trump plays 4D chess narrative a little too hard. If it has gotten to the point that they are searching the tea leaves that are Claudia Conway’s Tik Tok comments, they’re beyond saving.

The Meme of the Day

The meme isn’t entirely accurate, because we know all of those people should be in hell. But they are all members of a club we hope Donald Trump (and Bolsonaro) join soon! (Follow us on Twitter, Instagram, and Tumblr for more memes). 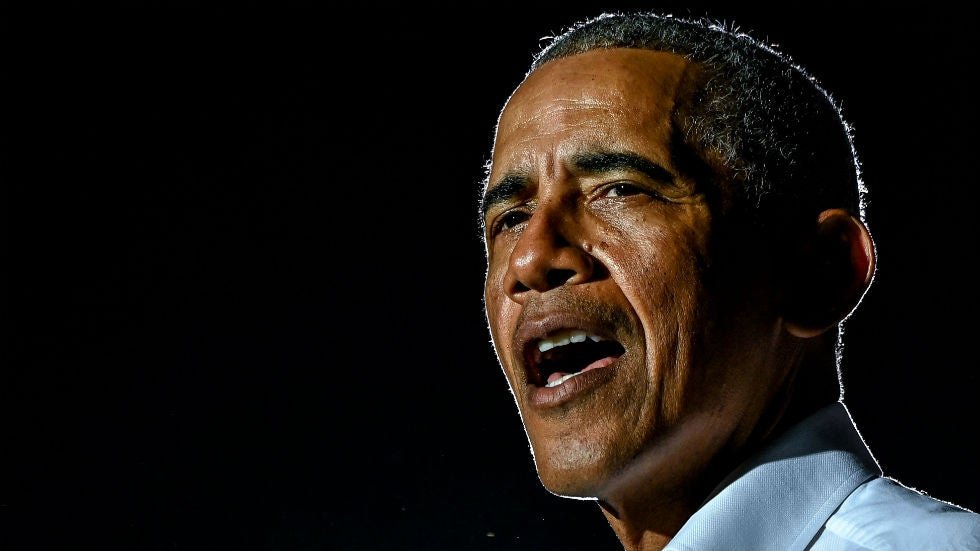