The Lincoln Project, a group of #NeverTrump Republican renegades trying to shape the Democratic Party, quickly made a name for itself on #Resistance twitter with pithy ads featuring liberals’ favorite aforementioned #NeverTrumpers. On some level these ads may seem like harmless fun, maybe even useful in a “the enemy of my enemy is my friend” sort of way, but allowing these voices a platform within the party can only serve to accelerate the rightward trajectory the Democrats have been on since the Clinton-era. In fact, it seems pretty clear that is the broader goal here, win over liberal support and launder right wing views thereafter. Just a quick look at some of their recent posts shows as much.

Take as an example this “USPS fancam” post the Lincoln Project lifted from another twitter user, which ended up getting significant engagement.

Stealing posts for the engagement is an everyday occurrence, but the Lincoln Project is also stealing the politics of the posts they plagiarize. Which allows them to build an audience based on views not their own, and then launder views their Republican views into the mainstream of the Democratic Party.

Take for example the Lincoln Project word-for-word plagiarism of a tweet from the Democratic Socialists of America decrying the current economic situation as class warfare. A bunch of #NeverTrumpers leaning into the language of the left is strange, but it starts to make sense when you compare the tweet to something the DSA tweet sent just prior.

This may seem a simple and harmless attempt to drive social media traffic, it’s just a repost, there are millions and millions of those every single day. Stolen posts are tacky, but not a disaster, right? Well in this case, their intentions and potential end result are disastrous. That being, building an ostensibly left of center audience and then feeding them the right-wing politics that situated them firmly in the Republican Party before Trump’s mean tweets gave them an opening for a lucrative new grift.

This exact thing happened recently when the Lincoln Project piggybacked on the tweet of David Rothkopf to implore UPS and Fedex to step up and deliver ballots in the face of cuts to USPS capacity.

This post may seem innocent enough, it wasn’t stolen like the USPS fan cam tweet, and on its face it seems fairly agreeable. We all want ballots to be mailed come November, right? Well yeah, but the problem is, the Lincoln Project wants a lot more than that. They want to privatize the Post Office and have spent their careers advocating for a politics that would do just that. And to be fair, Joe Biden helped kneecap the post office by voting yes on the Postal Accountability and Enhancement Act of 2006, which requires the USPS to pre-fund employee pensions and healthcare benefits among other financial restraints. The problem here, the Lincoln Project creates a brand-new base for Democrats like Joe Biden and helps inject rightwing ideas into the party and push them to those solutions accordingly.

The dynamic is twofold, simply by being in the party and expressing their previous party’s policy orthodoxy, they help push the party to the right by giving the right side of the party a constituency. If it stopped there, maybe it would be worth it, but these people clearly want to win converts, and are willing to try and appeal to even people as far left as the DSA to do it. So when those people let their guard down and see the Lincoln Project as a friend, it provides Republican politics a foothold with those on the left they might not otherwise have. It won’t just stop at a simple tweet advocating UPS/Fedex step up in this one instance. It will serve as a force to move the Democrats further right and if Joe Biden wins the Lincoln Project types will leverage their role for even more influence.

Meaning, the left is at a crossroads now with how to vote and how to handle politics in the electoral sphere, and a big part of that is the Democrats lack the desire to cede any shift to the left. A huge part of that is the thought that the left will come along no matter what and therefore the party should reach out to disaffected Lincoln Project Republican types. Those Republicans have been making the case loud and proud for the last 4 years that Democrats are making the right move by veering to the right, and if they win, everyone with a material interest in austerity and Republican politics, from Joe Biden to the Lincoln Project, will view the victory as proof that the moderate politics favored by the #NeverTrumpers was the key all along.

The Lincoln Project is bad for a lot of reasons. They aren’t clever, they steal content, they’re shameless grifters, but worst of all, they are run of the mill Republicans who will drag the Democratic Party to the right. They will do everything they can to empower themselves within their new party and they’ll try to bring liberals and some on the left with them. And if the reaction their early campaigning has received is any indication, it’s working. Unfortunately, it won’t stop with posts and pithy ads, these people will influence policy in meaningful ways. If Joe Biden wins, that will only intensify, and the Democrats will have all the proof they need to run to the right. 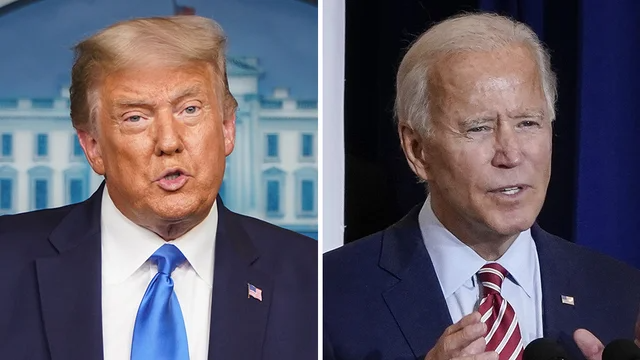